Because I wanted to serve something we’ve never had before.

Browsed the web for some chicken recipes and found this. Since we didn’t have the smoked gouda cheese, I used parmesan cheese instead. 😉

I combined 1/4 tsp cayenne, 1/2 tsp garlic powder, 1/2 tsp paprika and 1/2 tsp black pepper. I got 2 boneless chicken breasts available, so I sliced them into half (lengthwise) to have 4 flattened chicken breasts. I wanted them to be super flat for easy rolling, so I used an empty soy sauce bottle to flattened the chicken. Of course, the bottle was cleaned. 😉 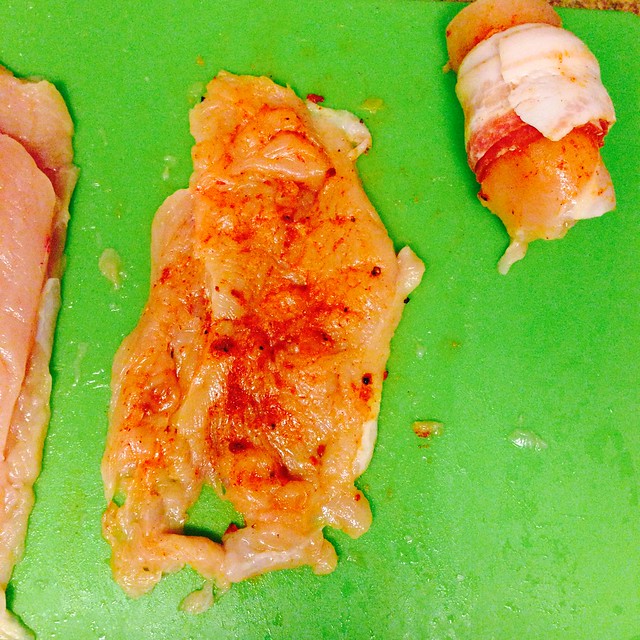 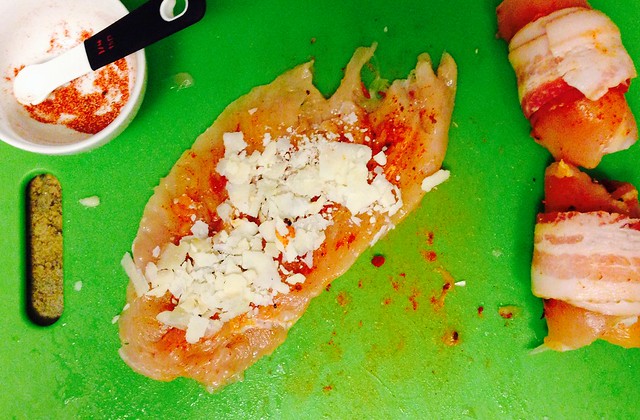 I deep fried it until the bacon was brown and a little crispy, it took me probably 30 mins. or so to finish the 4 stuffed chicken breasts. Then baked it for 20 mins. in a 350F oven. Looks yummy! 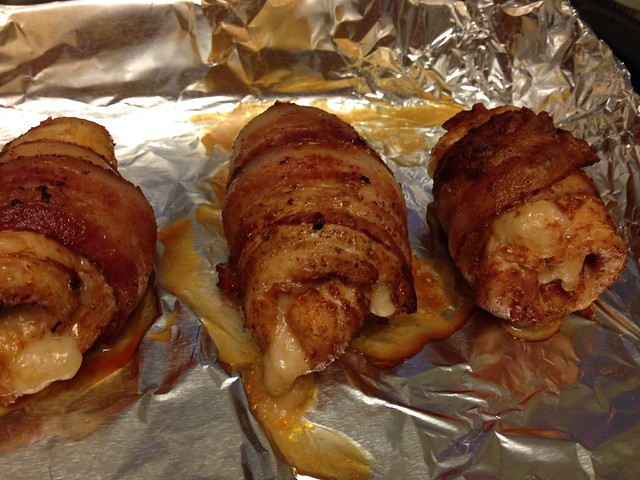 The husband said it was tasty! And that’s good enough for me. My personal opinion, I could have added a little salt to it. It would have been more delicious. 🙂

That’s it from our kitchen! Any recipe suggestion would be great. Love to experiment things at home.

Have a good night!

Tell me what you think! Cancel reply

This site uses Akismet to reduce spam. Learn how your comment data is processed.